Jaxon Hallmark is back in Lincoln. He’s just not sure for how long.

All signs pointed to the Nebraska outfielder being taken somewhere in the 20-round MLB draft last week. After all, Hallmark was fresh off an All-Big Ten campaign in which he led the league champs in batting average (.342), home runs (10) and steals (16). He made one error in 47 starts as a vacuum in center field.

But 612 picks came and went without the Texan getting drafted.

“From what I heard from all the different scouts on multiple different teams, I really thought I was going either very late Day 2 or the very beginning of Day 3,” Hallmark told The World-Herald. “So I was honestly shocked.”

Now what Hallmark had hoped would be an easy decision to pursue his big-league dreams is more complicated.


He earned his degree in sports media with a minor in communications in the spring and turns 23 in October. The pandemic gave him an extra year of eligibility, meaning he could return to Nebraska for a fifth year in 2022 and potentially play his way into the draft. Or he could sign somewhere now as an undrafted free agent — teams began reaching out late last week.

The Huskers co-captain and every other potential pro prospect have until Aug. 1 to decide.

“I’m honestly right in the middle,” Hallmark said. “I could go either way — I’m not really sure yet.”

Nebraska would essentially be resetting its entire outfield if Hallmark moves on. Mainstays Joe Acker, Mojo Hagge and Logan Foster completed their eligibility in the spring. Cam Chick and Leighton Banjoff combined for 21 starts in left field, but both could be right-side infielders next year.

The team's momentum isn’t lost on Hallmark. He saw coach Will Bolt receive a raise and a contract extension after NU won the Big Ten and nearly upset the No. 1 national seed in a regional. He congratulated three teammates who were drafted. He was impressed when Rob Childress — a longtime SEC head coach at Texas A&M — came aboard as director of player development.


Will Hallmark be around for what’s next or head to the next level? The speedster is taking his time to figure it out.

“I think this program is going in the correct direction,” Hallmark said. “I don’t know if I’ll be a part of it next year. If I am going to be, it’s something to definitely get excited about. But I’m just not sure yet.” 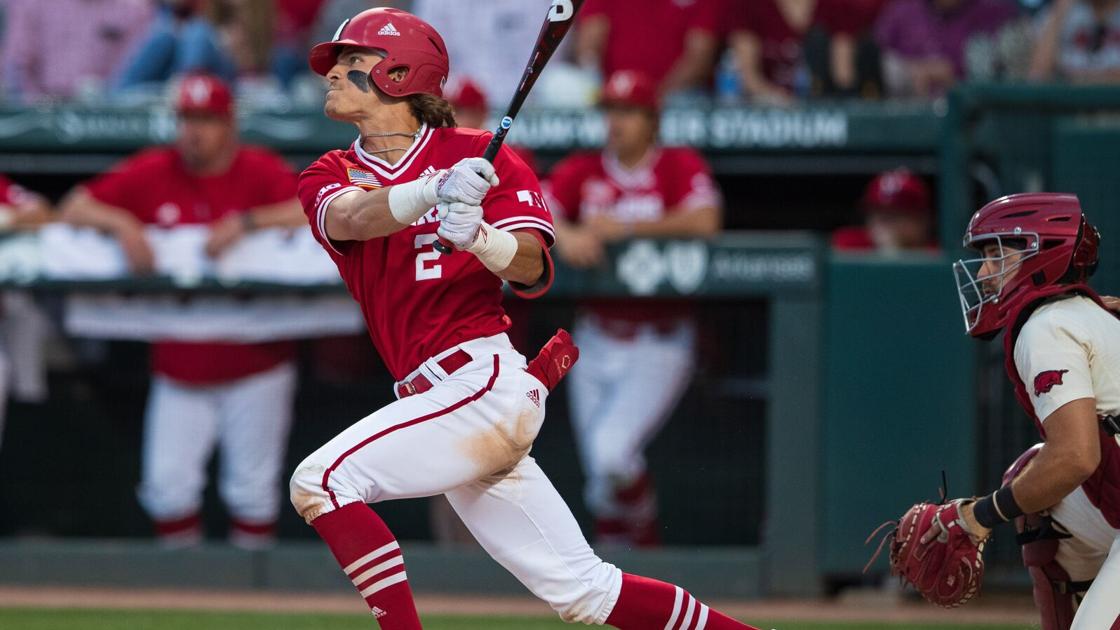 All signs pointed to Jaxon Hallmark being taken somewhere in the 20-round Major League Baseball draft last week. But 612 picks came and went without the Husker outfielder's name popping

Good for him, he seemed ready and I'm happy he gets to live out his dreams.
Reactions: saluno22

No worries, Core Jackson has this covered.

k9_r said:
No worries, Core Jackson has this covered.
Click to expand...

In the line-up, Hallmark is the one guy I didn't want to lose. The intangibles he brought to the team won't be replaced in 2022. Core Jackson needs a monster season to cover for this loss, which is too big of a task to ask a true freshmen if ya ask me.

Plus, we don't have a LH bat to replace Roskam. That's an elephant in the room not discussed here, still time for a transfer though!
Reactions: saluno22 and sklarbodds

Congratulations jaxson. You will be missed
You must log in or register to reply here.