Nebraska Baseball Head Coach Will Bolt announced the addition of Danny Marcuzzo to his staff as volunteer assistant and camp coordinator on Monday.

“We are excited to have Danny and his wife Erin join our staff and bring them back to their home state of Nebraska,” Bolt said. “Danny brings a wealth of collegiate coaching experience in the Midwest as well as high character and an impressive work ethic. Danny will make us better in every area and we are fortunate to have him join the Husker family.”

“It’s a dream come true to be a part of the Nebraska baseball tradition,” Marcuzzo said. “I am looking forward to doing whatever I can to help this program be as successful as possible.”

Marcuzzo spent last season as the assistant coach and recruiting coordinator at Coffeyville Community College, working primarily with hitters and infielders. Coffeyville posted 29 wins in 2019, more than each of the previous four seasons. Coffeyville’s defense set the school record for fielding percentage in 2019 under Marcuzzo’s direction with a .969 clip.

Marcuzzo coached at Central Oklahoma for two years before going to Coffeyville, helping the squad set a then-school record for fielding percentage with a .975 clip in 2018. The Bronchos captured the 2018 Mid-America Intercollegiate Athletics Association regular-season title and qualified for the NCAA Division II Regionals. In 2017, Central Oklahoma reached the finals of the NCAA Division II Central Regional after winning 37 games.

During the 2015 and 2016 seasons, Marcuzzo coached hitters and infielders at Butler Community College. In 2016, Butler set the school record for fielding percentage at .968.

Marcuzzo’s first coaching stint at Coffeyville spanned two seasons, as he helped the Red Ravens to the two most successful years in program history. In 2014, Coffeyville set the program record for overall wins (38) and conference wins (25). Marcuzzo worked with outfielders and assisted with hitters for the Red Ravens.

Marcuzzo coached with Midwest Nationals for four summers, serving as the head coach of 18 Red in 2013 before spending three years as an assistant for 17 Blue from 2014 to 2016. During his three seasons with 17 Blue, the team won 124 games, highlighted by a program-record 47 wins in 2015. Marcuzzo saw 16 players sign National Letters of Intent with Division I teams and had two players selected in the MLB Draft.

A native of Omaha, Neb., Marcuzzo graduated with a bachelor’s degree from Western Illinois in 2012 before earning a Master’s degree from Central Oklahoma in 2017.
Reactions: saluno22, gunNrun and sklarbodds 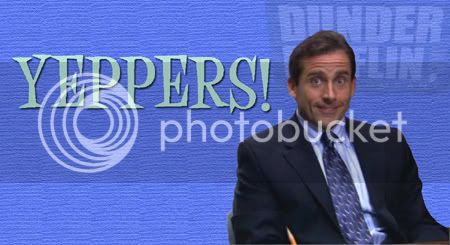 Reactions: sklarbodds
You must log in or register to reply here.

This Rutgers series has shaped up to be a BIG DEAL... who knew?