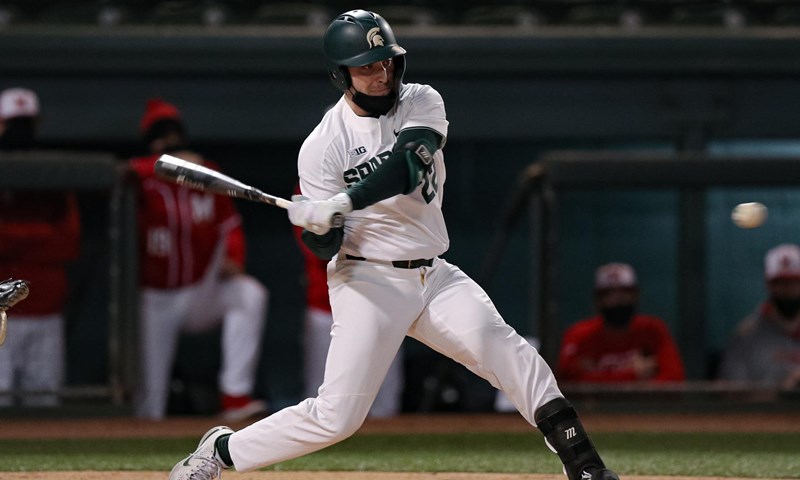 Co-Player of the Week
1B - Kellen Sarver, Illinois (JR)
- Posted a slugging percentage of 1.417 and a .538 on-base percentage to lead the Illini against Penn State last weekend
- Registered a .500 batting average on the week with six hits, six runs, seven RBI, two doubles and three home runs
- Recorded his first career multi-home run game and had a career-high six RBI on May 22, including a fourth-inning grand slam to give the Illini a 10-3 lead
- Wins his first career Big Ten Player of the Week award
- last Illinois Player of the Week: Jack Yalowitz (March 11, 2019)

Co-Player of the Week
1B - Bailey Peterson, Michigan State (SR)
- Went 6-of-14 (.429) with eight RBI and four extra-base hits, including three home runs to help the Spartans capture their second-straight road series win at Rutgers
- Bashed two home runs and went 4-for-5 with seven RBI in Sunday's 14-8 win, helping MSU to a season-high run total and matching its season best with 17 hits
- His seven RBI tied for the most in a Big Ten game this season and the most by a Spartan since March 26, 2017 (Brandon Hughes - seven at Illinois)
- Wins his first career Big Ten Player of the Week award
- Last Michigan State Player of the Week: Zaid Walker (March 10, 2021)

Freshman of the Week
2B - Matthew Shaw, Maryland (FR)
- Went 5-for-13 (.385) at the plate in Maryland's series win at No. 24 Michigan
- Finished with a .538 slugging percentage and a .467 on-base percentage on the weekend
- Went 2-for-5 with an RBI in Maryland's series-clinching win on Sunday, scoring the eventual game-winning run after a leadoff double in the third
- Wins his first career Big Ten Freshman of the Week award
- Last Maryland Freshman of the Week: Jason Savacool (May 11, 2021)
Reactions: Red I 73, huskerfan66, Hskrbsbl2020 and 1 other person
H

I am surprised Chance didn't share the award with the tOSU guy. The B1G did it right for once.
Reactions: saluno22 and sklarbodds

I am surprised Chance didn't share the award with the tOSU guy. The B1G did it right for once.
Click to expand...

You're right and that also changed his OB% and SLG%. I fixed it, thank you.
Reactions: saluno22

Is it just me or do I feel the screw job on post season awards coming as well?
Reactions: huskerfan66

Yep I sure thought Max had a great weekend
Reactions: sklarbodds
You must log in or register to reply here.