Forgot that we lost to them 16-2 to open the season that year, then swept them in the Supers.
Reactions: Hskrbsbl2020 and RobsterMobster

Yep! Had to plug the computer into my TV to broadcast it live. Grill some Red Hotdogs to set the mood.
Reactions: saluno22, HuskersNC and sklarbodds

I always thought Rodaway was not that great.

Come on guys! Finish! What a huge comeback this would be! Top of the 9th, bases loaded!

Also, anyone think that Will Bolt might make a coach someday? He just seems to really have his head on straight.
Reactions: saluno22

We just took the lead, this is actually still really fun to watch!

Damn it would be fun to see this again...they're going to Omaha! 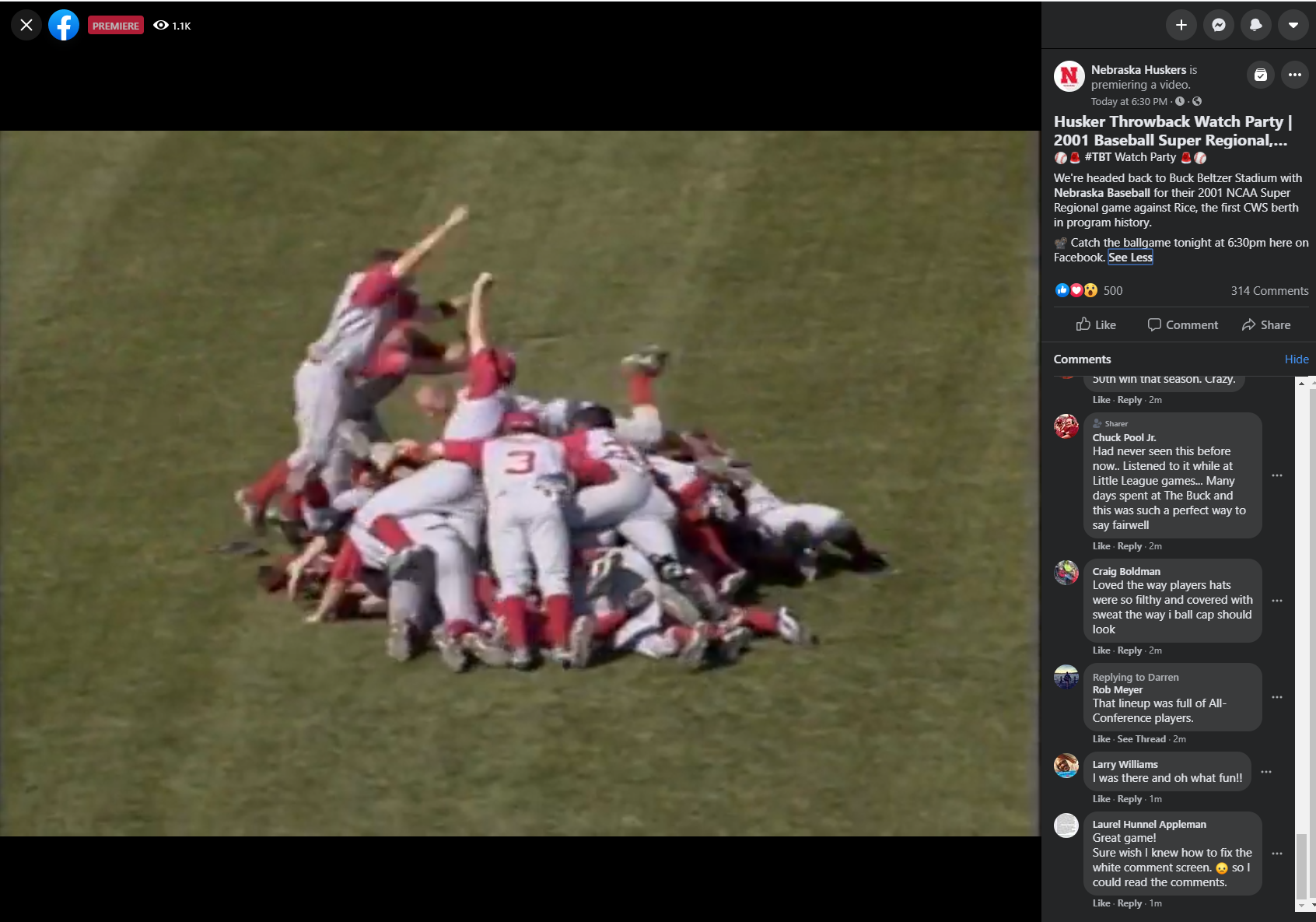 sklarbodds said:
Also, anyone think that Will Bolt might make a coach someday? He just seems to really have his head on straight.
Click to expand...

Hard to know honestly. I sure hope so. Maybe he can take over for VanHorn after he retires here in the next 20+ years.
Reactions: saluno22 and sklarbodds
H

All I remember is Rodrigue struggling badly at times that year and Rodaway stepping in, shutting down Oklahoma State etc. to earn a spot in the rotation for the rest of the year. But fortunes can turn in baseball like no other sport, Rodaway struggled in this game and Rodrigue was the stabilizer.
Reactions: sklarbodds, RobsterMobster and saluno22

Forgot that game was 10 innings.
I might be out of "game watching" shape.
Was exhausted for work the next day.
Ended up following the Twiitter feed during the game.
A lot of current players were responding from home.
That was fun, hope they keep pulling games from the archives.

Also, right before the announcement of the watch party,
noticed Huskers got another Elkhorn South recruit

They should definitely do more of these.

My Votes
Huskers Miami Super Regional with Joba on the mound - 2005
16 inning game with Texas in Lincoln - 2005
Big 12 Championship over Baylor in 99
Reactions: gunNrun and saluno22
C

I would say the 2002 super regional final where Shane Komine came out of the bullpen. But it wasn’t on TV.

I found a clip of the Lubach home run: