From the weekly chat: 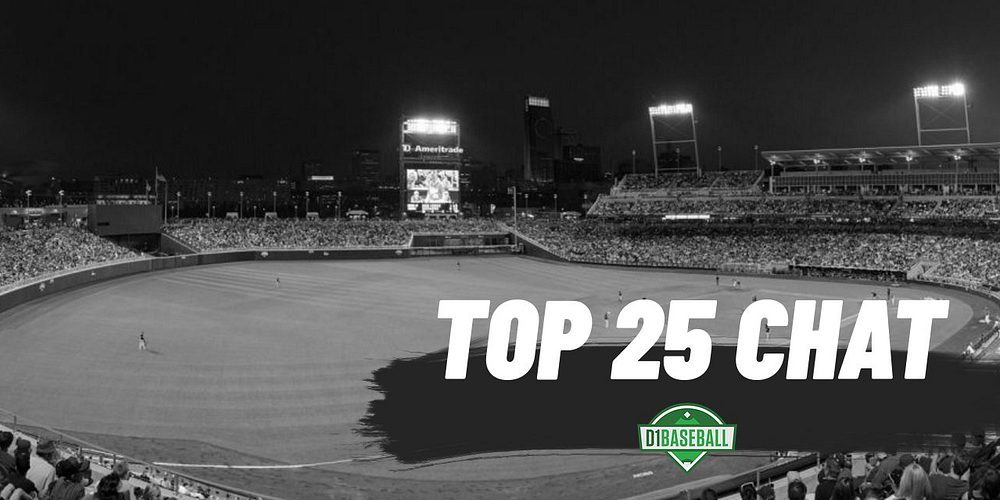 Another big week of college baseball action is in the books, and our Aaron Fitt and Kendall Rogers take your burning questions.

Dustin: How close is Nebraska to the Top 25 and what do they need to do in a 44-game all-Big Ten season to host a regional?

Aaron Fitt: Huskers aren't far outside the Top 25; if we had an open spot this week, Nebraska would have factored very heavily in that discussion. But this week all the teams at the back of the rankings held serve. As for the hosting question -- I feel like any team that goes 30-14 in the Big Ten should host, and perhaps 25-19 would do it, since that equates to a 17-13 winning percentage in a standard 30-game season, which usually puts power five teams in the hosting conversation, depending on RPI. But since the Big Ten isn't playing any outside teams, who knows how the committee will handle it, especially since sites will be determined a few weeks before the end of the season. My guess is a team with a .600 winning percentage in the Big Ten at the time of host selections has a shot at it.

JFK: Any chance a Big Ten team or teams host a regional this year?

Kendall Rogers: JFK -- with the new criteria for hosting, I think the Big Ten is going to be the exception to the rule on "earning" a host site from an RPI standpoint. For instance, Michigan IS a Top 25 caliber club, but thanks to playing no non-conference games, its RPI sits around 60 right now. I think a team like Michigan hosts at season's end regardless of its RPI.

Nick: Think the B1G will be a multiple bid league? Seems like Michigan and Nebraska would be in at this point, with Indiana being right there as well.

Kendall Rogers: At season's end, I'm going to go with 3 to 4 bids out of the Big Ten. That's about right, too. I think the league has about four postseason caliber clubs.
Reactions: 50pack and Gate26

Thanks for posting. A lot of season left, but Nebraska controls their own destiny.
Reactions: 50pack
You must log in or register to reply here.